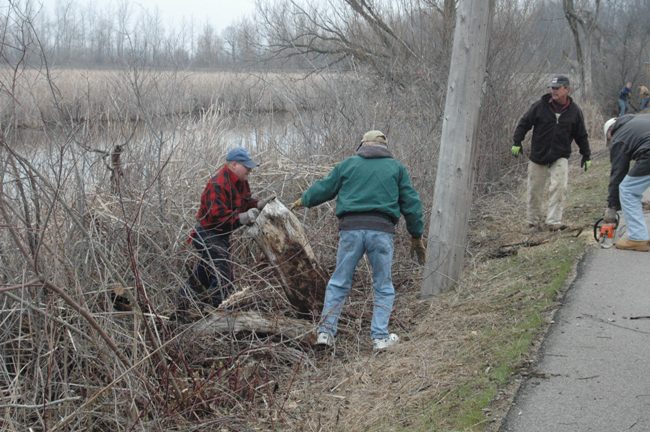 LAST WEEK, Cruzin’ told everyone the Robert Smith family had adopted a trail for the season.  Saturday, Wawasee Kiwanis Club went out and cleared tree limbs, roots and debris from part of the trail, much appreciated by the Syracuse-Wawasee Trail Committee. Shown in the photo above from left are Paul Newcomer and Joe Leatherman moving a stump up to the roadway so it can be cut in half for easier management. Jim Swain, a resident who decided to help the Kiwanis, is in the black cap. Bob Trame is keeping track of the saw.

Co-worker Lauren Zeugner was out taking photos of this operation and got some good ones. That’s Bob Trame, left, and Paul Newcomer working away. Trame might be inventing a new dance step there! Those groups or individuals who would like to Adopt-A-Trail segment are still urged to contact Spike Ford, (260) 856-2701 or go to the website, www.syracusewawaseetrails.com/. 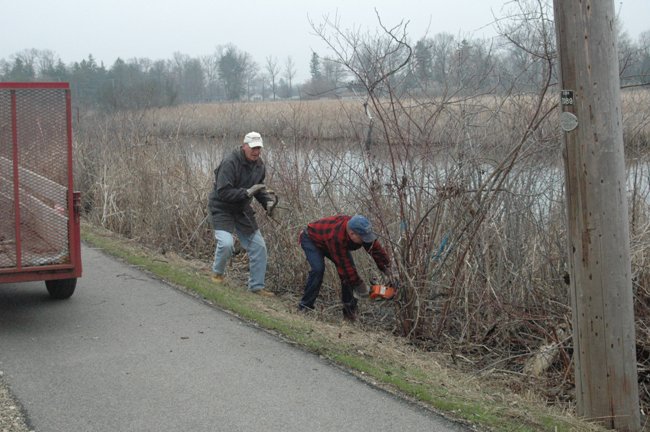